Cristy C. Road  is a Cuban-American artist and musician who uses illustration, writing, and punk rock music as her preferred mediums. Blending her political principles, gender and cultural identities Road testifies to the beauty of the imperfect. Her endeavors in creating culture began in 1996, when writing the GreenZine; a self-published zine which began as a fanzine entirely devoted to the rock group Green Day. GreenZine evolved into a punk rock fanzine with interviews and record reviews; and by 2004, a personal manifesto about love, trauma, and survival. Since its creation, Road  has contributed countless illustrations to punk rock music, publications, and political organizations.

In early 2006, C.Road released her first illustrated novel, Indestructible (Microcosm Publishing), a 96-page narrative about high school. In 2008, she released Bad Habits (Soft Skull Press), an Illustrated story about healing from abuse; and lastly in 2013, her most recent book, Spit and Passion (Feminist Press, 2012), a coming-out memoir about Cuban identity, Green Day, and survivng the closet. C.Road's most recent project is The Next World Tarot (2019), a 78-card tarot deck focused on justice, resilience, revolution, and reclaimed magic; illustrated and written by C.Road.

Aside from creating art; Road is a songwriter and guitarist, having fronted the pop-punk group, The Homewreckers from 2008-2016. She currently fronts the similar, yet bilingual and mid-tempo,  Choked Up.

Having organized entire tours for The Homewreckers, Road has been performing readings, workshops, and lectures since first touring with her art in 2005. She's traveled nationally and internationally on her own, and namely with The Homewreckers, Sister Spit: The Next Generation (an all queer spoken word performance tour), and Race Riot! (A national tour hosted by The People of Color Zine Project). Cultivating a performance trajectory with a consistent show of defiance, she performs at bookstores, your bathroom, record stores, basements, bars, college campuses, auditoriums and beyond. Some notable presentations have been held at The New Museum, The Latina Health Summit, Smash it Dead Fest, The Brooklyn Museum of Art, La Mama Theatre, Yale University, and the Museum of Modern Art. 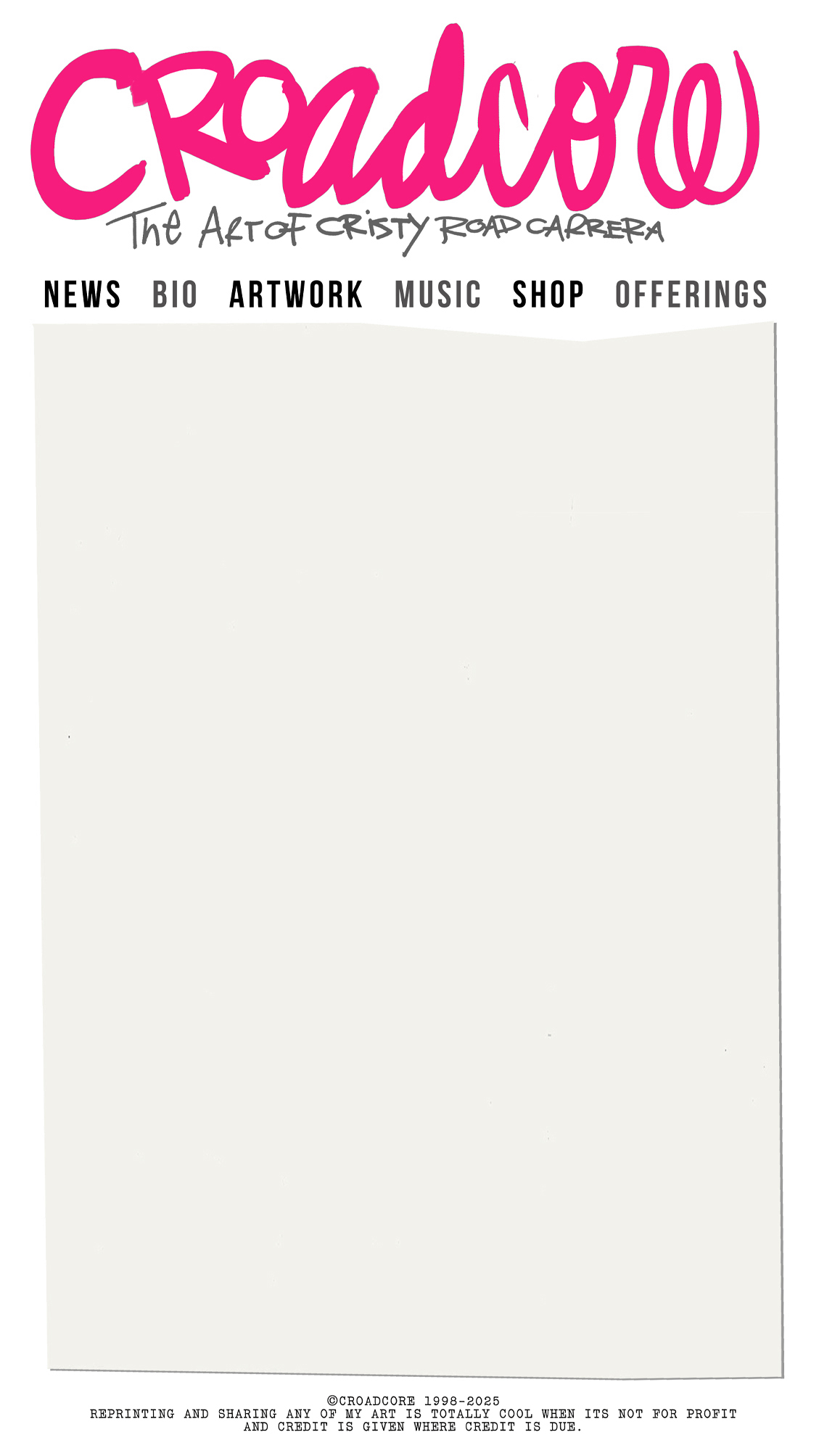